Know Everything About the Benefits of Automatic Touchless Hand Sanitizer Dispenser

The emergence of COVID-19 and Omicron cases has sparked widespread fear around the world. As a result, throughout this global epidemic, it is critical to maintain a safe, sanitary and sanitized atmosphere. Since the World Health Organization (WHO) suggested washing or sanitizing hands at frequent intervals to avoid the spread of COVID-19, However, it is impossible to wash your hands every time you leave the house or to carry a hand sanitizer with you at all times. Because thorough hand washing isn't always possible, a Touchless automatic soap dispenser comes to the rescue. Following the pandemic, a touchless automatic soap dispenser has become the latest rage in town. Touchless technology is now being considered for adaptation because it may be utilized in both private and public places.

Traditional taps or soaps are not as effective or hygienic as they are touched by a large number of people. However, contactless technology has proven to be the most effective method of preventing the transfer of viruses and bacteria. Because traditional soap, liquid soap dispensers, and taps have increased contacts, it is best to choose minimal touch technology now that the situation is worrying. People have been observed washing their hands more frequently than using the restroom, which is why it is recommended to utilize an automatic soap dispenser in a public restroom because the surface is usually covered in germs and bacteria that we cannot see with our naked eyes. When someone flushes the public toilet and then washes their hands in a circumstance like this, the risk is multiplied by two. The nozzle of the soap dispenser would get polluted as a result of this operation. As a result, an automatic soap dispenser is recommended.

What is an Automatic Touchless Soap Dispenser?

An automatic hand wash dispenser is a device installed in bathrooms that are filled with a liquid soap solution and dispensing soap without the need for any interaction. The fact that it does not require any type of touch to dispense the soap sets it apart. Instead, it contains motion sensors that detect when your hands are moved underneath the dispenser. For detecting individuals who want to use the dispenser, certain automatic soap dispensers use infrared energy, which is released by body heat. The proper amount of liquid solution is then automatically dispensed.

Because they are most usually encountered and observed in public restrooms, automatic soap dispensers are typically termed wall-mounted mountings. Contactless soap dispensers or a sensor soap dispenser are also available as faucets that fit into sinks or as portable bottle that looks similar to a standard soap dispenser.

Let’s talk about some benefits of having an automatic touchless dispenser.

When using standard dispensers, it's possible that too much is pumped out by accident. And, more often than not, we don't know how much soap to use to thoroughly clean our hands. Contactless soap dispensers are more cost-effective since they only discharge a specific volume of liquid soap solution each time. This eliminates unneeded soap solution waste, saving you money in the long run.

3. Simple to keep up with

For a variety of reasons, an automatic hand wash dispenser is much easier to maintain. Regular soap dispensers are prone to leaks and spills, while bar soaps tend to leave impressions and residue soap in the holder. With a touchless sensor dispenser, this is not the case. Furthermore, ordinary bottles distribute uneven quantities depending on the pressure applied each time, necessitating frequent bottle refills. In most cases, an automatic liquid soap dispenser can carry more soap at once, reducing the number of times this needs to be done.

The addition of a touchless automatic dispenser to any bathroom space usually helps to raise the style factor. The design is always elegant and minimalistic adding a beauty factor to any bathroom. The price is certainly worth it. The greatest touchless soap dispenser from RN is very stunning. It's a device that will teach you about the wonders of a touchless automatic dispenser. It's a true work of art. It's something you should look into.

Your email address will not be published. Required fields are marked * 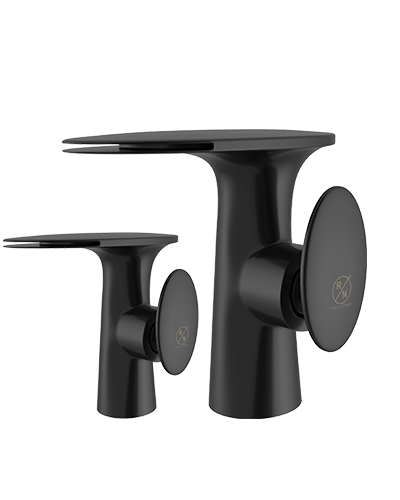 Join the world for a pleasurable experience